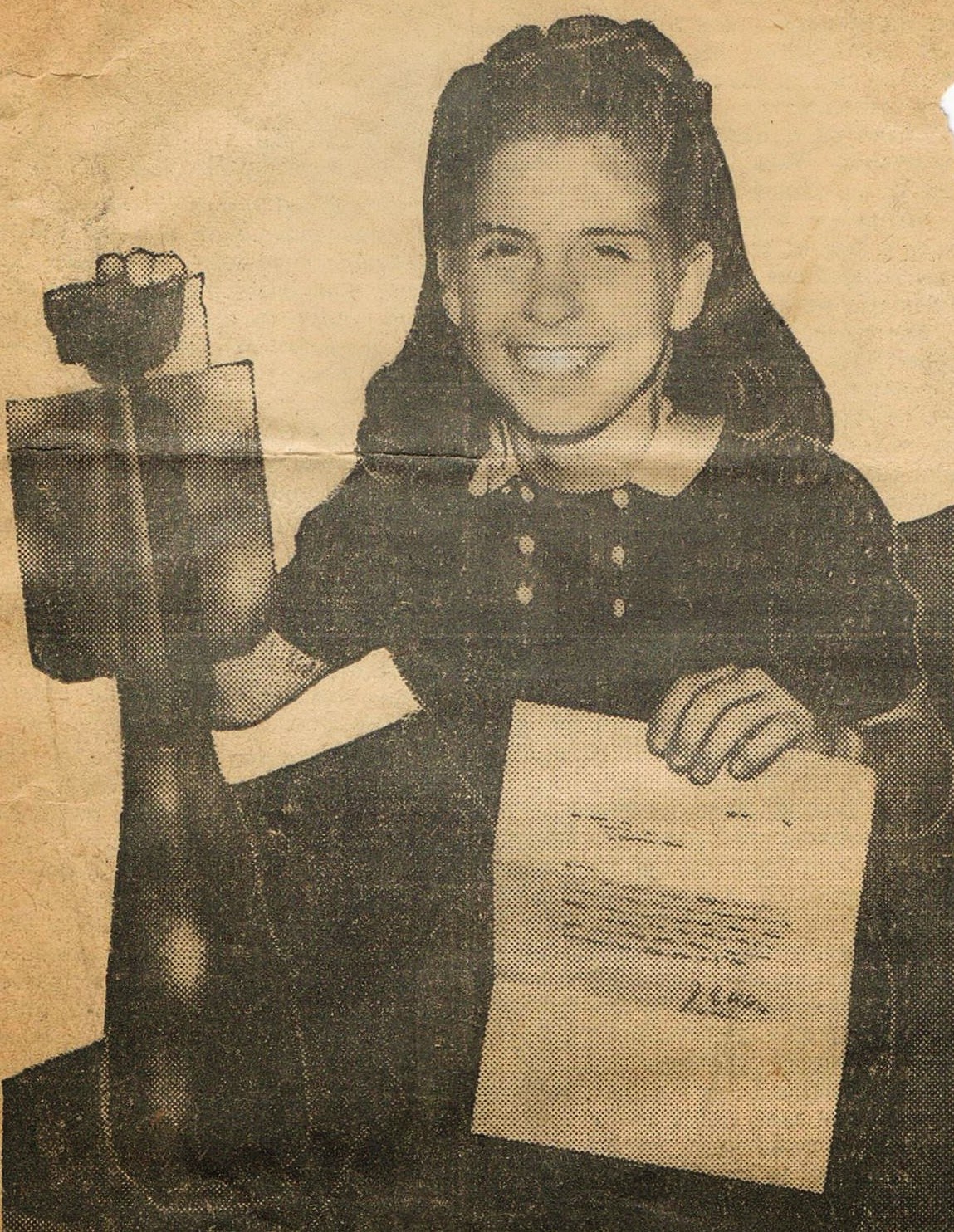 We received a donation of some newspaper clippings (2014.035.002 & 2014.035.003) from Billie Jackson Lynn of Bedford, Texas. Ms. Lynn lived in Bossier City as a girl, graduating from Bossier High School in 1950. Her mother saved two clippings about a letter Billie wrote to President Franklin Roosevelt in 1942. Billie had four uncles and a cousin serving their country during World War II, all but one in the Army Air Forces. Two were prisoners of war, captured after the Philippine fighting. Worried about them, Billy decided to appeal to President Roosevelt to do his best to get them back safe and sound to their homes in Shreveport. He referred her letter to the War Department, which, in turn, referred it to General Ulio, adjutant general.

Here is his reply: "Dear Billy, Your letter of September 12, 1942, addressed to the President, concerning your loved ones who are now serving their country, has been transmitted to the War Department for reply. Your comments have been noted with interest and you may be assured that the War Department is always glad to receive the opinions of our young women and future citizens. Very truly yours, J.A. Ulio, Major General, The Adjutant General."
The newspaper noted the status of the soldiers in Billie’s family: “Billy's [sic] uncles are: Staff Sergeant H.F. Leeman, now a prisoner of war in Japan, formerly with the Army Air Forces; Private Charles H. Haynes, in the Air Forces in England; Private Homer W. Haynes, last heard from in Fort Lewis, Wash., with the Air Forces; and Corporal Clyde A. Jackson, in San Diego, with an anti-aircraft unit of the coast artillery. Her cousin: Private First Class James H. Markham, of the Air Forces, a prisoner of war [in Japan].

All are from Shreveport, and Billy hopes they all get back safely, after the job is finished. If she, the President, and General Ulio can affect it, they will. Meanwhile, she is an earnest collector of scrap metals, which will free her uncles and cousin.”

Both SSgt. Leeman and PFC Markham had been stationed at Barksdale Field and were reassigned to Savannah Army Air Base in Georgia in early 1941. They then went on to the Philippines where they were captured by the Japanese and taken prisoner. The men survived the Bataan Death March and were held in separate prison camps in Japan. They were finally released after the war and returned to the US.

Her newspaper photo shows Billie holding the letter she received along with a bomb, which her uncle had been fashioning into an ashtray before he was called into service. Billie donated the bomb to a scrap metal campaign.  Ms. Lynn remembers that “in those days, we were all patriotic.”

Newspaper clippings are commonly saved and passed down as family mementos, but newspaper is acidic by nature. This acid causes the paper to turn yellow and break – things you don’t want to happen to your family keepsakes! Since the information in the clipping is the real treasure and not the newspaper itself, be sure to make copies of fragile clippings. Use an acid-free, lignin-free paper for the copies. Much of the standard copy paper today is acid-free and can be purchased at any office supply store. By making copies, you ensure all of the important information is preserved for future generations. We made photocopies and scans of Billie’s articles so that we can easily preserve and share the story of her presidential correspondence.
Posted by Marisa Diedrich Richardson, Curator of Collections at 2:35 PM