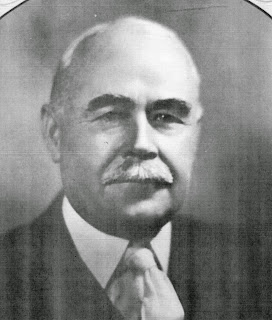 Dr. Shea Edward Prince was born in the Bossier Parish town of Princeton (yes, named for his family!) on August 8, 1869. He was the son of Joseph Wilson Prince and Virginia Alice Locke Prince. He went to school in Bossier Parish and was a resident student at the Shreveport Charity Hospital in the early 1890s, where he worked with Superintendent Dr. T.E. Schumpert. He continued his education at the College of Physicians and Surgeons at Baltimore, Maryland. He graduated in 1896. He returned to Northwest Louisiana and married Pauline Trigg in March of 1899. Prince’s marriage announcement in the Bossier Banner notes that he is a prominent and popular young physician. He practiced medicine in Bossier, Webster, Ouachita, Caddo, and Sabine Parishes. During World War I, Prince was medical examiner for the Bossier Parish draft board. Shea and Pauline had three daughters: Emmaleen Virginia, Helen Beverly, and Hallula Sue.

In addition to his medical practice, Prince was very involved in the banking industry. He organized and served as president at the Noble State Bank in Sabine Parish. He founded the Bossier State Bank and was also president of the Plain Dealing State bank. On February 6, 1941, Prince had been at the Bossier State Bank as usual, and then spent the evening with his family at his home in Shreveport. He suffered a heart attack later that night and passed away.