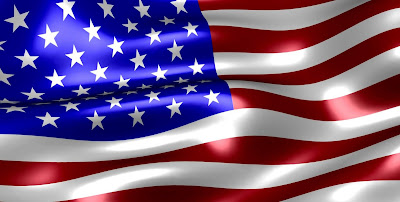 Flag Day is June 14th.  In its June 17, 1920, issue the Bossier Banner carried the following article about the special day.

“Since the day when Betsy Ross, 144 years ago, sewed upon a flag symbolic of our union, the United States Navy with its ships and its men has always upheld the best traditions of our flag.  History tells us of many a fleet striking its flag under the stress of battle, but the stars and stripes have never been lowered by a United States fleet to signify surrender.”

The call of the flag all down through our history has been answered by the even tread of our manhood, coming from the work-bench, the field and desk.  Our first convoy of troop ships sailed away from America on Flag Day, June 14, 1917, under the command of Admiral Gleaves.  The ships were filled with earnest, determined men who were the first tap of the mighty hammer that was to sound the doom of the hope of Germany for world domination.”

“Colors at sea, on board warships, is an impressive ceremony.  At sunrise the flag is hoisted and at sunset it is lowered while the crews of the various ships stand at attention and salute until it is finally folded carefully and put away for the night.  Sunset to the troops and crews of the various ships, away from home for the first time in their lives answering the call of the flag, called forth hidden emotions.  The flag to these men seemed to be a symbol of might and determination.  Many months later, after our flag had been carried victoriously through the battles that tried men’s souls, these men boarded the same ships for home; in the dying sunset it seemed to be a forgiving flag as it was slowly lowered and seemed to issue a warning again that the legion of American manhood following it was ready at all times to defend its honor with their lives.”


By: Ann Middleton
Posted by Amy Robertson at 5:31 PM