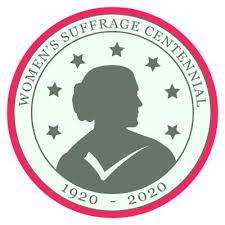 The fight for women’s suffrage began on a national level in July of 1848. In the 1870s, enough pressure was applied to Congress to vote on an amendment that would recognize the suffrage rights of women. This amendment is sometimes called the Susan B, Anthony Amendment. Congress finally voted to pass the amendment on June 4, 1919. On Aug. 18, 1920, the amendment was ratified by the requisite number of States. Unfortunately, Louisiana voted against approving the 19th Amendment on July 1, 1920, and did not ratify it until 50-years later, on July 11, 1970.

In Bossier Parish, the first woman to register to vote was 20-year-old Mary Bixler Bryce, a native and life-long resident of Plain Dealing. Bryce registered to vote at the parish courthouse in Benton on Friday, Sep. 17, 1920, allowing her to vote in the upcoming November election.

According to The Bossier Banner on Oct. 7, 1920, Bossier Parish had a total of 161 women registered to vote. “Of the eighteen precincts in the parish five have no women voters. They are: Curtis, Alden Bridge, Lakeport, Mot and Koran. Bossier City leads as to the greater number, having 57 registered women voters. The number of voters at each of the remaining twelve precincts is: Atkins, 1; Taylortown, 8; Benton, 21; Vanceville, 5; Plain Dealing, 24; Carterville, 2; Rocky Mount, 2; Linton, 3; Ivan, 4; Bellevue, 3; Haughton, 24, and Adner, 7.” The article ends with a full list of all 161 Bossier Parish women that registered to vote at that time. (Call or visit the Bossier Parish Libraries History Center to see if your relative is listed.)

Not only was Bryce the first woman to register to vote in Bossier Parish, but she was also the first woman in Louisiana to be elected to serve as a Registrar of Voters. She was elected to serve as Registrar of Voters for Bossier Parish during a regular meeting of the Police Jury on Tuesday, Dec. 13, 1921. After receiving a majority of the votes, her election was then made unanimous. She was reappointed each year, serving a total of 44 years beginning in 1921 until her death in 1965 at age 66.

Bryce was so dedicated to voting that even sickness could not keep her from the polls, as is revealed in the following article in The Shreveport Times “Stroller” section on Nov. 6, 1964.

“Setting a fine example Tuesday was a determined voter in Bossier Parish. Parish Registrar of Voters MARY K. BRYCE, who has been hospitalized since last week because of illness, told her doctor that she just had to vote for her candidate. With the physician’s approval, Mrs. BRYCE was helped to an auto by her nurse and an ambulance attendant drove her to the polls at Plain Dealing. Having cast her ballot, with a fever, Mrs. BRYCE returned to the hospital.”

Be sure to join us at the Bossier Parish Libraries History Center for our 19th Amendment Centennial Equali-Tea Party on Jan. 27, 2020, from 4:00 – 7:00 p.m. There will be refreshments and tea, crafts, and a photo booth. As always, visit the History Center at 2206 Beckett St., Bossier City, for your research about women’s suffrage in Bossier Parish.