On Oct. 5, 1933, the following announcement appeared in the Bossier Banner that the newly established Bossier Parish re-employment office in Bossier City was now open.

“Bossier Parish now has what is in fact a regularly established employment bureau. The office is open in Bossier City and the organization is functioning under the auspices of the National Re-employment Service. The Bossier Parish Committee is comprised of Messrs. R. H. Lee, W. W. Carter and D. E. Burchett, of Benton; Mr. A. J. Dupuy, of Bossier City, and Dr. George Acton, of Plain Dealing. Actively in charge of the office is Mr. O. L. Watkins. His three helpers are: Miss Larry Vance, of Benton; Mr. H. E. Curtis, of Plain Dealing, and Mr. J. R. Hill, of the Adner community.

“All unemployed people who reside in Bossier Parish and who want work may now register at this office. It is stated that there were in excess of 300 registrations at the office yesterday. … Of this number 140 were at once given employment at Barksdale Field, the big government airport near Bossier City. It has been announced that 300 additional laborers can be used at the field by about the 16th to 18th. 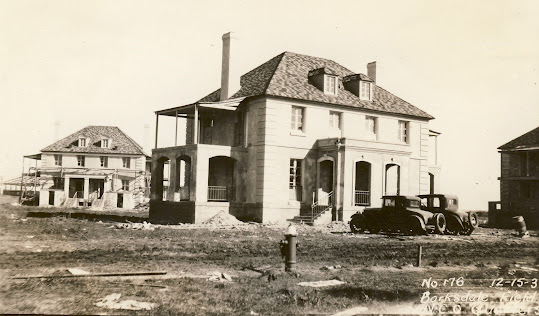 “It is understood that the emergency work under way at Barksdale Field is chiefly dirt moving. At present a stretch of the banks of Mack’s Bayou (on the airport grounds) is being given more extended slope, and the continuation of surface drainage work is to be taken up a little later on.

“It is understood the Bossier City office of the National Re-employment Service will be kept open indefinitely.”

The National Re-employment Service mentioned here was the United States Employment Service, established in 1933 when President Franklin Roosevelt signed the Wagner-Peyser Act into law. This service aimed to improve the quality of service for jobless Americans by developing a coordinated employment assistance system, with federal and state governments working together through state-run employment offices.

The United States Employment Service and local offices, such as the one that opened in Bossier City in 1933, played a vital role during and after the Great Depression, matching the unemployed with available jobs, including many of the government work projects developed by the Work Progress Administration during the 1930s.

In fact, on the same day that the above article ran, another article appeared on the same page announcing that “bids for projects estimated to cost more than $200,000 will be opened at Barksdale Field October 17th and 18th.” One project was for an electrical distribution system and the installation of utilities, and another was for the construction of a bachelor officers’ dormitory and a commanding officers’ residence. There were also plans for community garages for the non commissioned and commissioned officers’ areas and street lights. 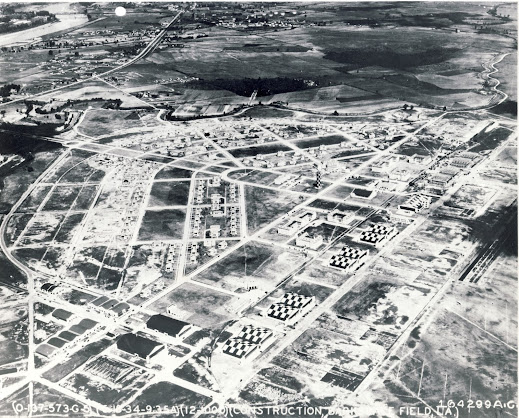 The article revealed that “A lump sum of $2,153,075 was alloted [sic] the field recently by the public works administration, including $1,783,461 for new and proposed projects, which will complete the airdrome, in so far as construction is concerned.

“All workmen will be given employment through the Bossier Parish and Caddo Parish re-employment offices, preference being given first to those workmen who register in Bossier City.”

At that time, jobs through the re-employment office only provided workers with 30 hours per week in an effort to provide more jobs to more people.

What do you want to know about Bossier Parish history? Visit, call, or email the Bossier Parish Library History Center for help with your research. We are at 2206 Beckett Street, Bossier City, 318-746-7717, history-center@bossierlibrary.org.