Photographs from the 1870s 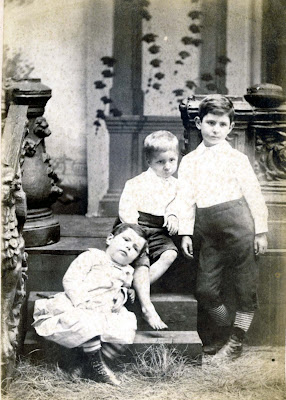 This week we've been cataloging a large collection of carte-de-viste and cabinet card images. These photographs are mostly from the 1870s and were shot at local Shreveport studios like the Star Gallery and Olsen's Photograph Gallery on Texas Street. Unfortunately, we don't know the identities of many people in the photos, such as the brothers seen above (2002.035.393). They are likely relatives or friends of the Arnold, Tidwell, and Brownlee families of Bossier Parish.

The photos are valuable research tools even without names, since they allow us to see excellent examples of clothing and hairstyles from the later half of the 1800s. This carte-de-viste photograph (2002.035.364) was sent by 20-year-old Alcie Smisson to her brother Bernie in 1870. Her dress is relatively simple with an apron-like overskirt and a neckline embellishment of ribbon. Alcie wears her hair in a popular style of waves pulled back from her face in a center part. 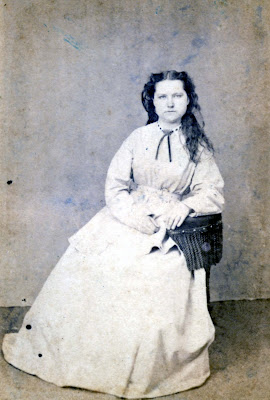 Posted by Marisa Diedrich Richardson, Curator of Collections at 9:49 AM