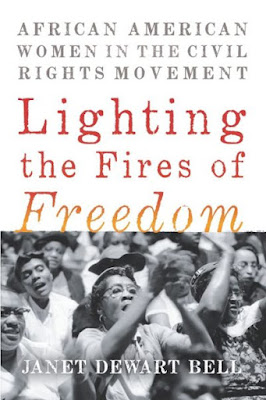 The latest offering in the History Center's R&R (Read and React) with History series will be a four-week reading, short film and discussion series facilitated by Dr. Rose Harris, Ralph Bunche Endowed Professor of Political Science at Grambling State University. This series will center on the book Lighting the Fires of Freedom—African American Women in the Civil Rights Movement by Janet Dewart Bell. This collection of riveting oral history interviews was just recently published in order to coincide with the 50th anniversary of the Civil Rights Act of 1968.

Participants in this series will learn about the Civil Rights Movement in general as well as how so many of the movement's pivotal strategies were conceived and driven by women. An example featured in the book is Rosa Parks' refusal to give up her bus seat for a white passenger, inspiring the Montgomery Bus Boycott. This refusal was not the spontaneous and private act of a tired seamstress, as often portrayed in popular narratives of the incident, but rather the result of Mrs. Parks’ clear-eyed and courageous community activism. Her role, like that of so many other African American women, as a creative or organizing force of the Civil Rights Movement has often gone underappreciated or even unseen.

This series will meet on four consecutive Tuesday evenings, July 3—July 24, 2018 at 6:00—7:30 p.m. at the Bossier Parish Libraries Historical Center, 2206 Beckett St. Bossier City, LA, adjacent to Bossier Central Library. The program is FREE. Please call the History Center to pre-register at (318)-746-7717. Spaces and books are limited. Light supper will be provided.
Posted by Amy Robertson at 2:31 PM