"REMEMBERING HOW BARKSDALE AIR FORCE BASE GOT ITS NAME" 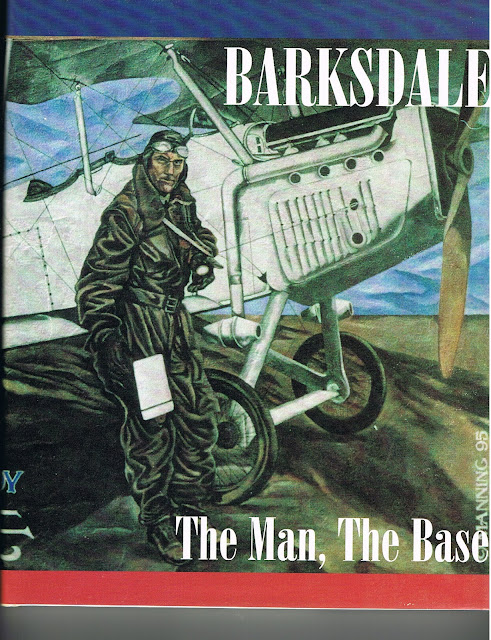 The October 21, 1948 edition of The Planters Press reminded its readers of how Barksdale Air Force Base got its name.

“The name of Barksdale Air Force Base came from a World War I ace, Lieut. Eugene Hoy Barksdale of Rankin County, Miss., who lost his life in 1926 while testing an army plane at Dayton, Ohio.”

“He did not have to take the risk himself, but it was characteristic of the distinguished flier never to ask another to face danger which he himself would not face.”

“His life sized portrait is in the officers’ club at the base, some of the material for the painter’s use having come from word picture by Gen. Jerry Brandt, now retired, but once commanding officer of Barksdale Air Force Base, who was a buddy of Lieutenant Barksdale in the first world conflict.”

“Born at Goshen Springs, Miss., Lieutenant Barksdale flew with the British Royal Air Force during the First World War and participated in the Sommes, Amiens and Cambral offensives.”

“He died Aug. 11, 1926, when the parachute became entangled in the rear flying brace wires of an airplane from which he had been forced to jump. His grave is in Arlington Cemetery.”

“The base was officially dedicated Feb. 2, 1933 when 131 visiting planes landed on the new runways for the ceremonies.”

“The property was acquired by the city at a gross expense of approximately $1,650,000. Many months were required to acquire the 135 tracts in the site from 800 individual owners.”

“The buildings are of French Colonial design and those of a large and public labor are fireproof. The homes of officers and non-commissioned officers are of hollow tile covered with tinted stucco.”