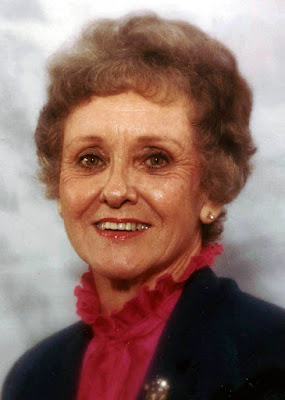 Elizabeth O. Sherwin was not born in Bossier Parish, but that did not stop her from faithfully serving the Haughton community from the time she moved there and until she departed from this earth. Sherwin and her husband moved to Haughton after World War II, in 1945 from Marshall, Texas. They purchased land and built a house where they could raise kids away from the city, calling Haughton home from then on.

When Sherwin first arrived in Haughton, it was just a small town with unnamed dirt roads. As she watched her kids grow, she also attended the town grow. She got involved in the community by joining committees, clubs, and programs. She organized the Haughton P.T.A. in 1947, and she organized the candy striper program at Bossier General Hospital in 1965.

She began serving Haughton politically as the first woman to serve on the town council for Haughton in 1970. In 1972, she was the first alderwoman elected to the Haughton Town Council. After six years as an alderwoman, Sherwin ran for mayor. In an interview with Shanda Thomas, for The Shreveport Journal, Sherwin stated, “She was urged to seek the top position by her husband because she ‘put in as many hours as an alderman as she would as mayor.”

In 1976 Sherwin became the first female mayor of Haughton, the first female mayor in Bossier Parish, and the first female Republican mayor elected in Louisiana. Taking her first oath of office on July 1, 1976, after beating her opponent Sylvester E. Carson. Eager to continue the many projects she had begun and happy to continue serving the community, she ran for re-election; this time, she was unopposed. After her first term as mayor, she ran unopposed for re-election and joyfully continued serving the great town of Haughton.

During her stay in office as the Mayor of Haughton, Sherwin helped Haughton to become recognized 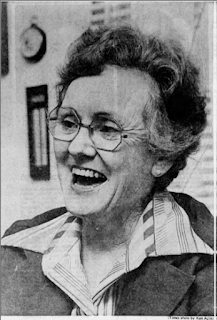 as an official Bicentennial Community, making the town eligible for a variety of grants. Including grant funds for the construction of a new water treatment plant; to connect all houses within Haughton town limits to the sewerage system; to add fluoridation to the water system to prevent dental disease, and to implement an ongoing drainage program for flood-prone areas. She also obtained funding to build a new firehouse, a new library, and to expand the city hall.

Sherwin took her responsibility to keep the citizens of Haughton safe during an emergency and organized a mock evacuation drill to access the town’s ability to respond effectively to a public emergency in coordination with the various agencies. She evaluated the railroad tracks for disrepair and saw to it that the railway company made necessary repairs. Also, she was successful in imposing a 10-mph speed limit on trains passing through the town.

She always looked for ways to help others and could rally people together to help make a difference in the lives of others. In 1983, after the tragic loss of Haughton’s very own Joe Delaney, she established a memorial scholarship in his name to serve the athletically inclined graduates of Haughton High School.

While the BPL History Center is closed during the pandemic, our staff members are still available to answer any research questions you may have. What do you want to know about Bossier Parish History? Email history-center@bossierlibrary.org or call us at 318-746-7717.